At the south part of the city of Chios is Kampos, which has its origin in the era of Genoese sovereignty on the island (1346-1566 AD).

Unique in Greece, Kampos is a historical and cultural set that has so far maintained its particular identity. Behind tall stone walls, the visitor discovers orangeries, magnificent buildings with imposing staircases, cisterns and wells with treadmills.
The Genoese who organized the trade of mastiha in Mastichochoria started in Kampos the systematic cultivation of citrus fruits trees. Genoese nobles, titled Byzantines and rich local merchants in a period of about five centuries (until 1822) comprised the strong elite with courtesy titles, coats of arms and presence in international trade, built in Kampos their summer residences and shaped by the harmonious combination of residence and production, a unique environment to live and work. 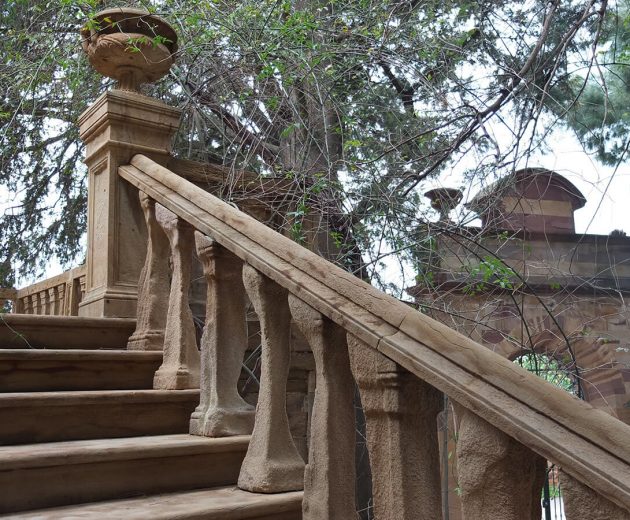 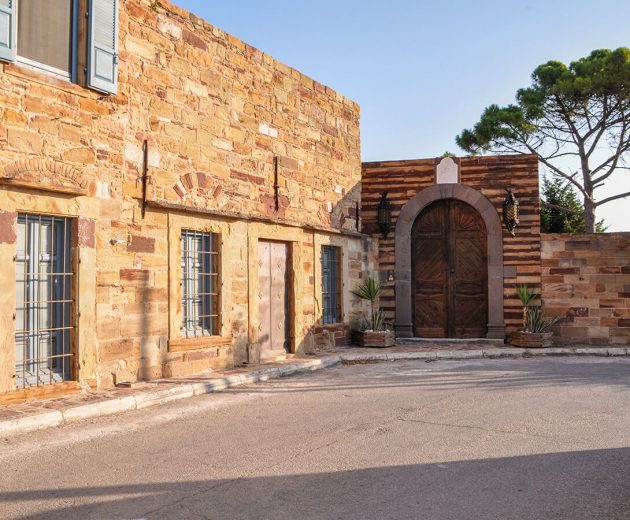 Chios and Kampos knew great economic and social development during the 17th and 18th century. In 1822, however, during the slaughter of the habitants of the island by the Turks, Kampos was desolated, looted, the owners of the properties spread in the world and the orangeries passed to other hands. The devastating earthquake of 1881 demolished all the towers and in the years that followed the area revived, nice new houses were built at their place in the frames of an overall resurgence, before and after the liberation and unification of the island with Greece in 1912.

Today, Kampos retains its basic characteristics (orangeries, stonewalls etc.) and its liveliness. However, the damages of old mansions, the deterioration of the natural environment and the problems in production is evident, despite the efforts made and the legislative measures taken to protect it.
The visitor who will wander the narrow roads, will be sorry for the abandonment, but he will be also happy to see the restoration of many fine houses.
He will admire magnificent doors, pebbled courtyards, elaborate belltowers. His soul will be stirred from the beauty of stone and the art of the people. And he will find that Kampos carrying the past of so many centuries, remains a haven of peace and quiet. 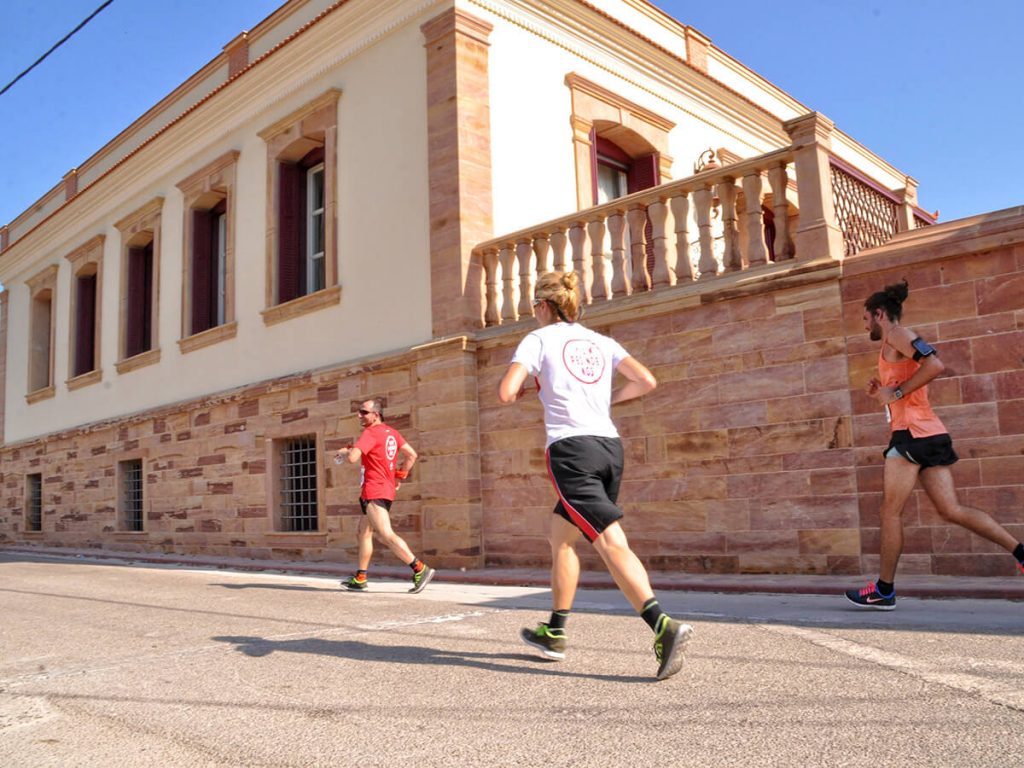 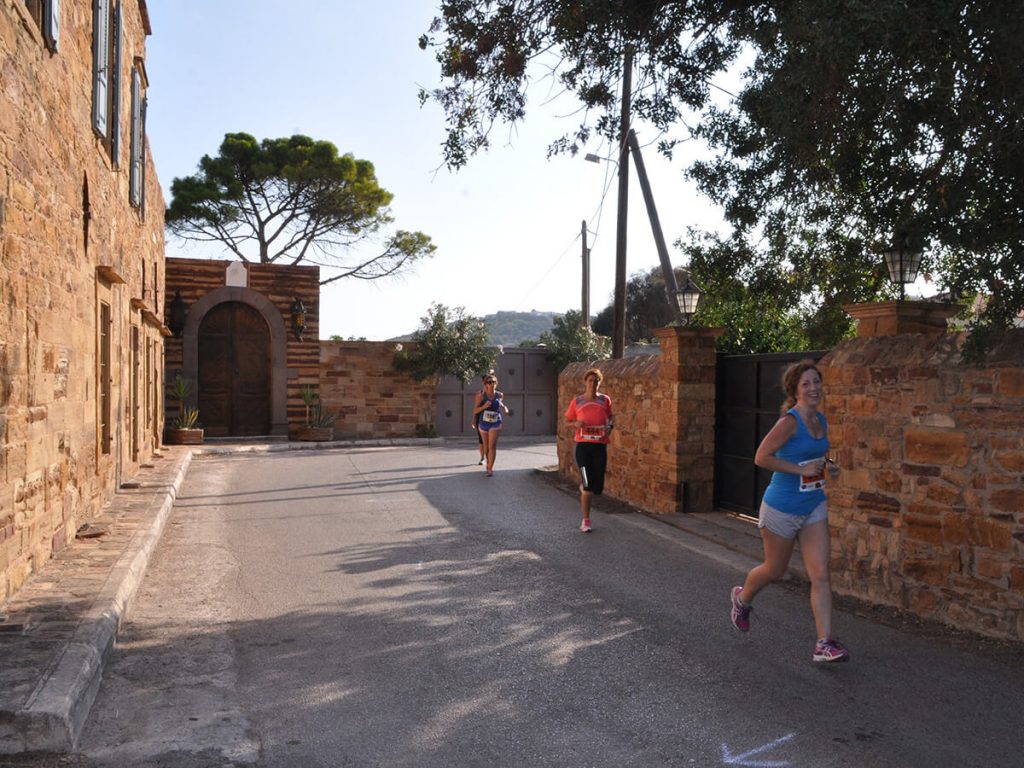 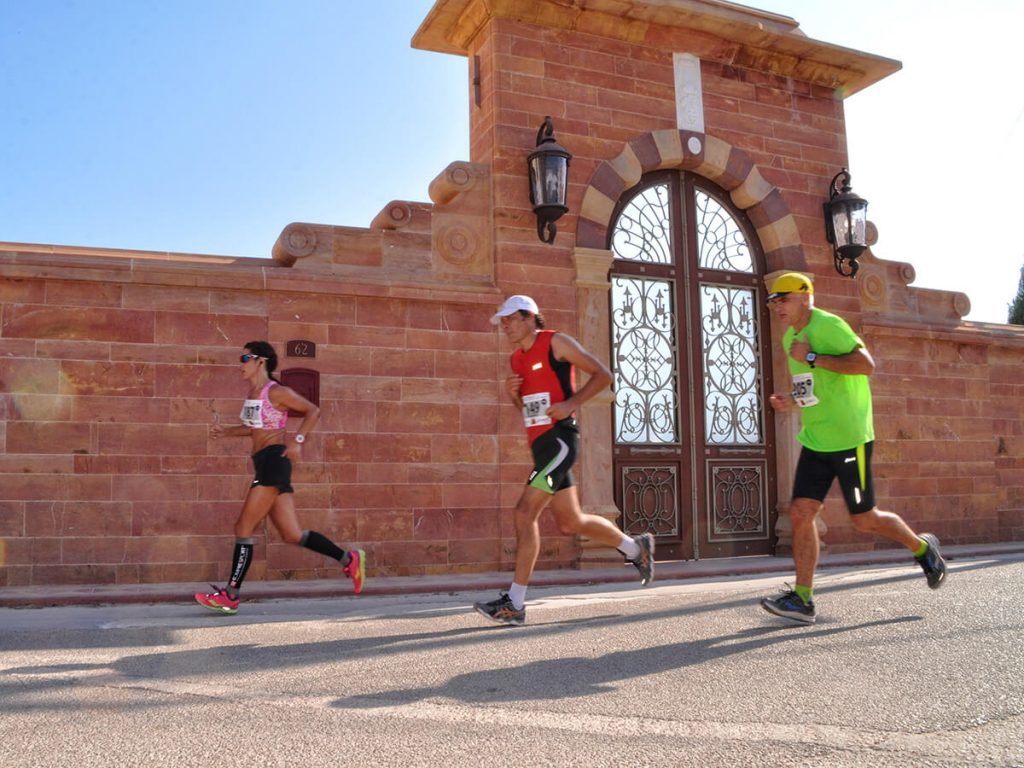 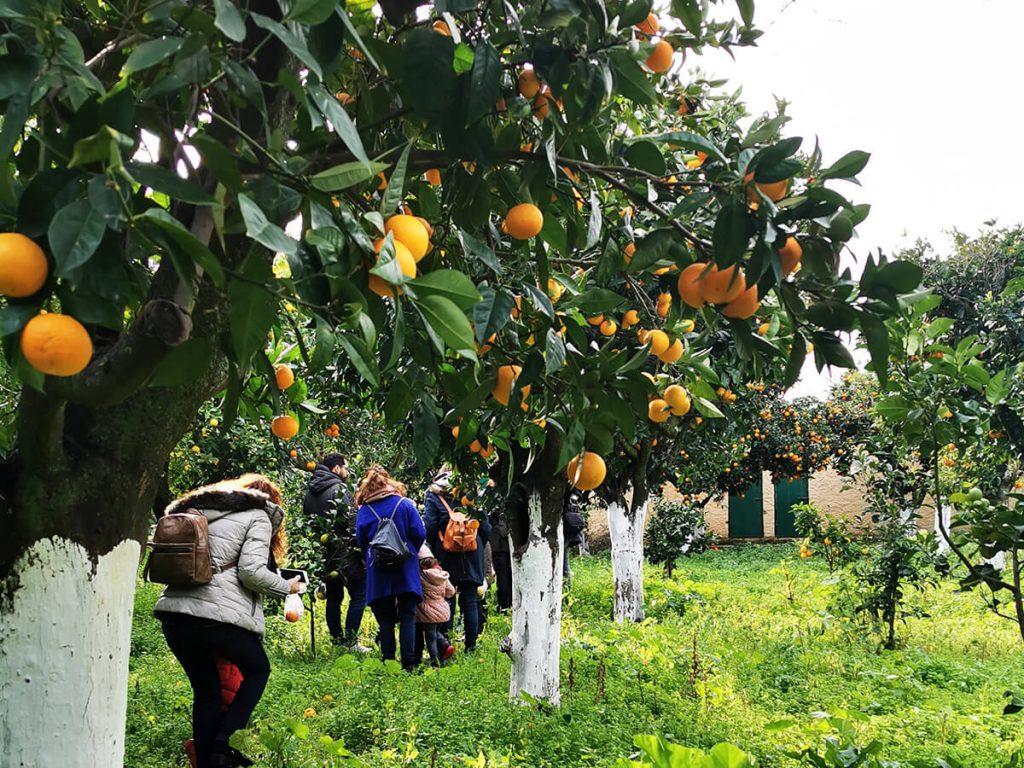 Kampos extends south of the city, 7 km in length, 2 km in width and it’s crossed by the streams Kokkalas and Parthenis. It is divided in medium size orangeries with a complex network of narrow roads and tall stone walls. A green sea of orange, mandarin, lemon trees, but also of olives, tsikoudies, almonds.

The charm of a walk in Kampos is out of the main road, in the quiet narrow roads, wherein the visitor behind the tall stone walls can see only the tops of the trees, hear the sound of water and breath, especially in the spring, the heady fragrances of the blossomed citrus fruits. 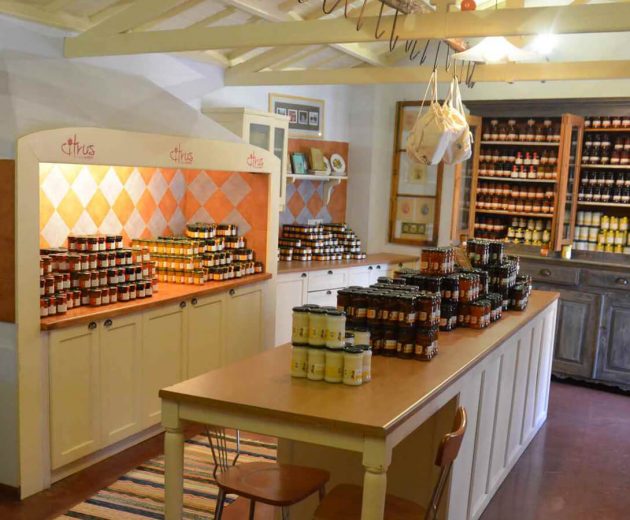 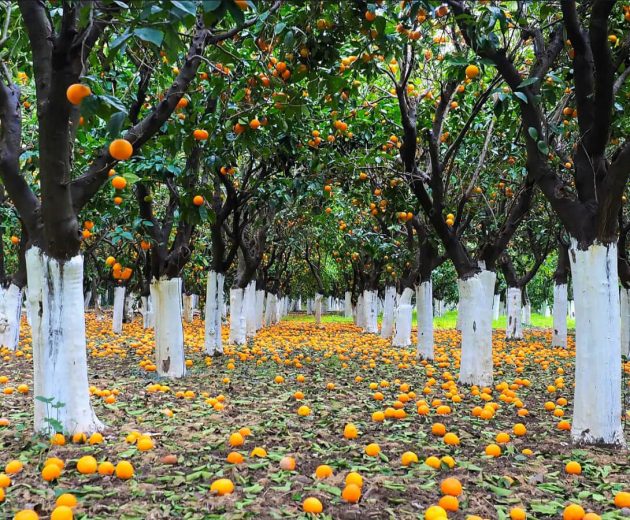 When the gate opens, a paved or pebbled courtyard is revealed, a spacious outdoor area of daily life and work, with large shady trees, as Koukounaries, walnut, linden trees, flowers, well, cistern, terraces and then follows the orangery itself.
This operational model that connects closely the house with the production, is repeated with slight variations in each property in a total of about 200, which over the years were divided into many more. 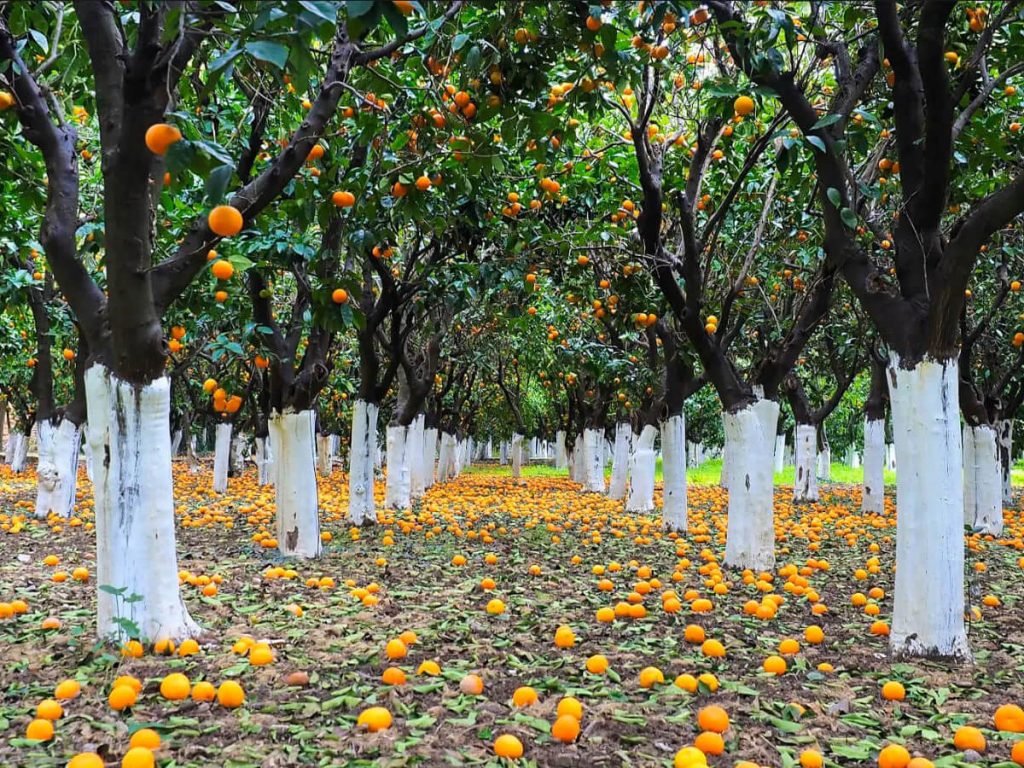 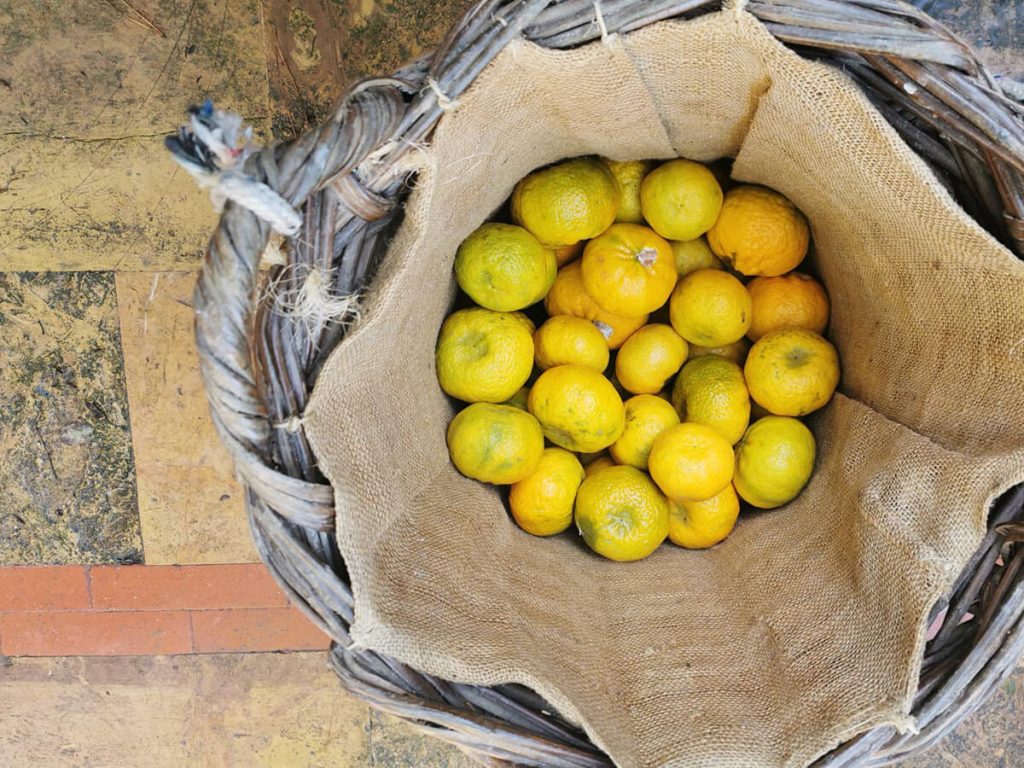 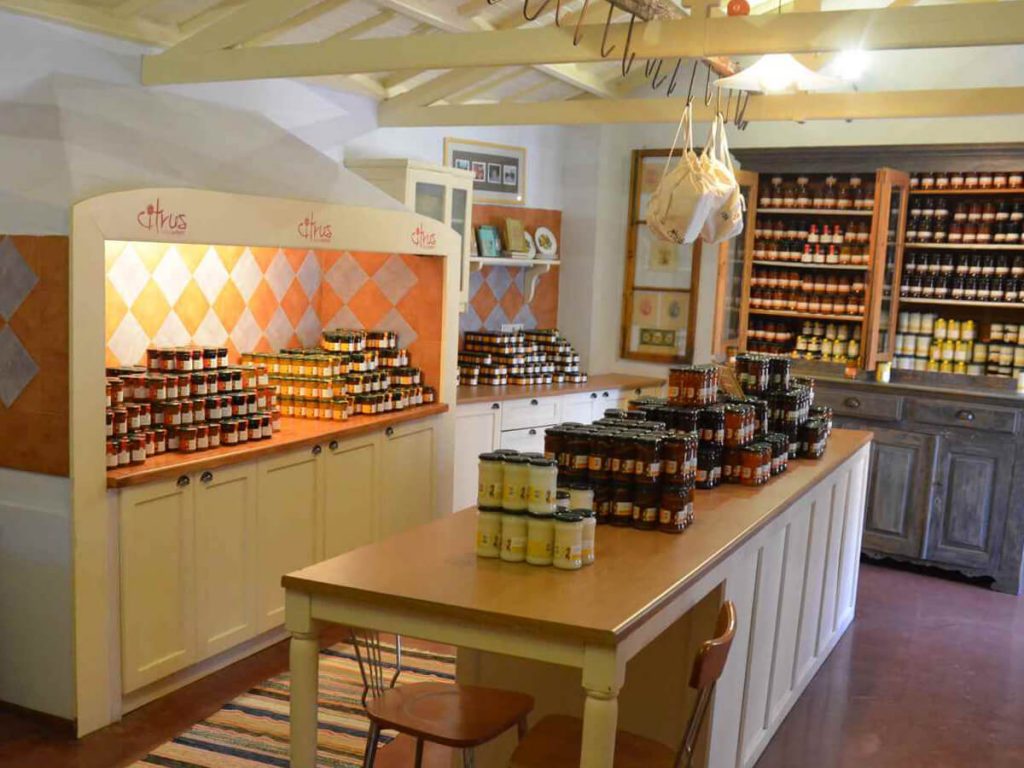 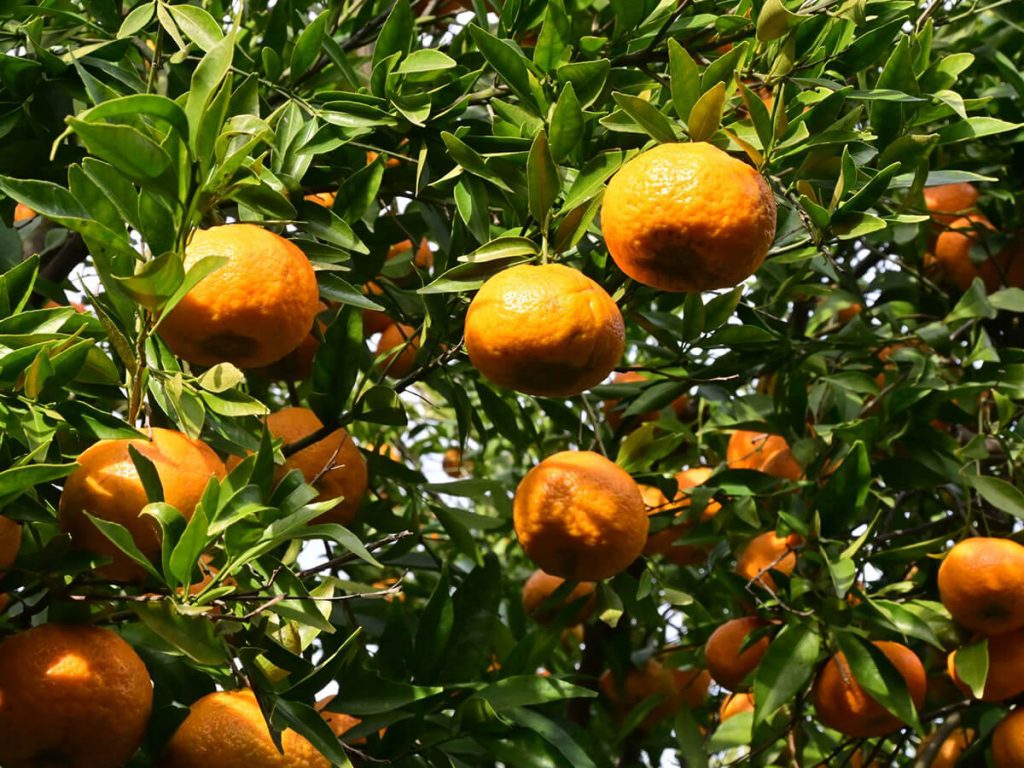 The first houses in Kampos (of the Genoese period) were towers. During the 17th and 18th century these buildings were converted into magnificent mansions that were still characterized as «towers». They were tall buildings with roofs (of 2-3 floors), which both, the sides and the architectural elements were built with the well known local stone from the nearby village Thymiana.

The main rooms (salon and bedrooms) were in the upper floors, while in the ground floor and in neighbouring small houses there were all the other auxiliary places (stores, workplaces, etc.).
The most representative feature of the towers were the magnificent courtyard doors with each family’s coat of arms on the key of the arc. Although the architecture of these houses has been influenced in terms of the forms and the ways of construction by Byzantium and West Europe, it has its own special character.

The decorative elements, mainly sculpture on marble, of excellent folk art, is found on the coats of the entrances, on the cistern, the well, the pillars. But also, the local stone, the so called «thymianousiki petra» gave wonderful examples of art, on the stairs, the benches, the doors and windows ways. Thus, the orangeries of Kampos became a whole world with perfect constructions, monumental forms, artistic decorations that reflect with its own personal way the wealth and the prestige of the society which lives in it.

After the earthquake of 1881, which demolished nearly all the towers of Kampos, new houses of one floor were built on the remains of the old towers ground floor. These houses, built from the same stone with the old buildings were satisfactory adapted to the character of the area and formed a new phase in the architecture of Kampos.

The buildings of recent decades in Kampos are diverse in form and they have distinctive trends in their architecture. So far, it has not been possible to shape up the features of the new model in Kampos. It is worth mentioning some owners’ efforts, who with love and sensitivity, devote their money and efforts in order to renovate old houses and maintain gardens, in an attempt to give hope and create new prospects for the future. 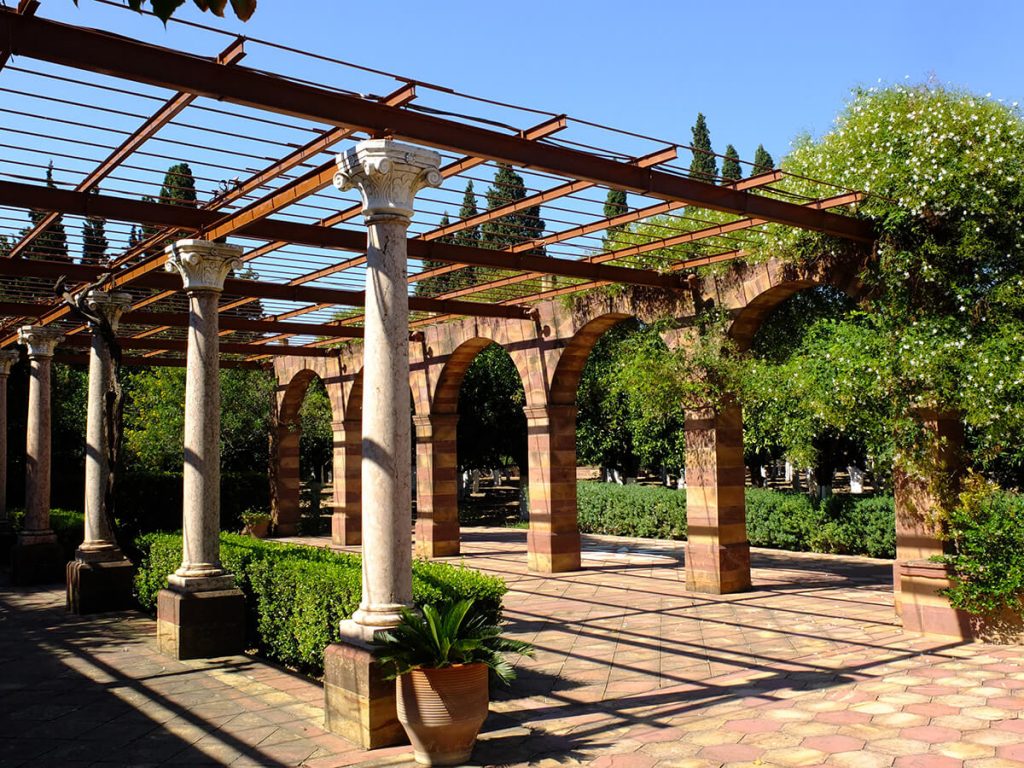 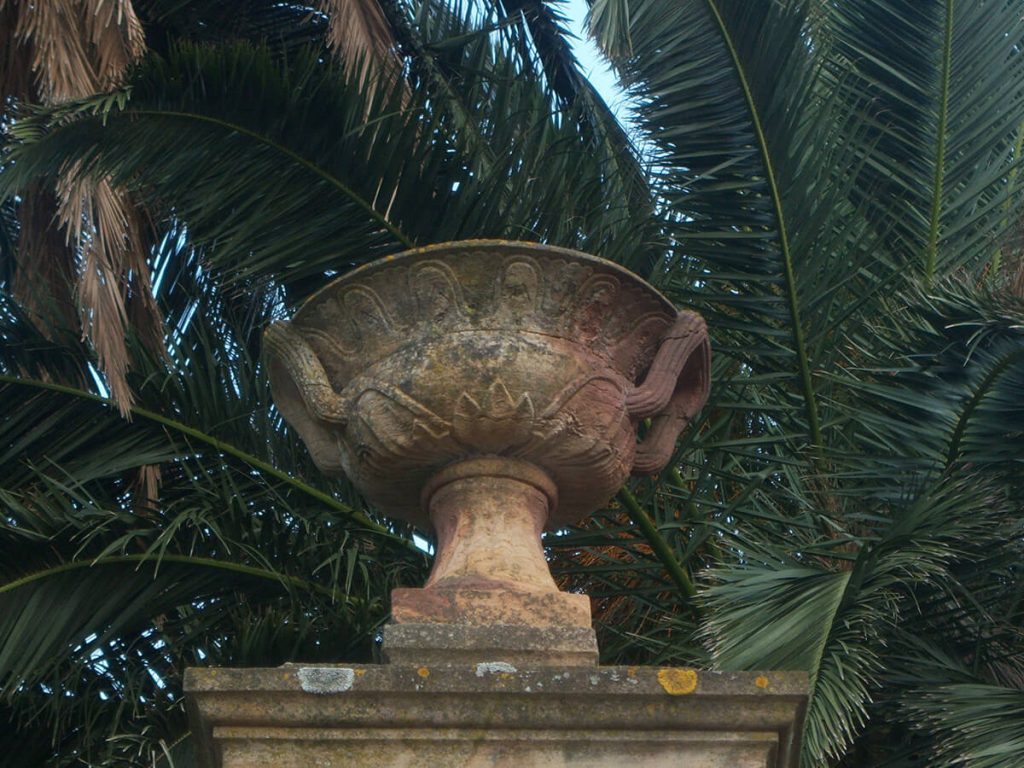 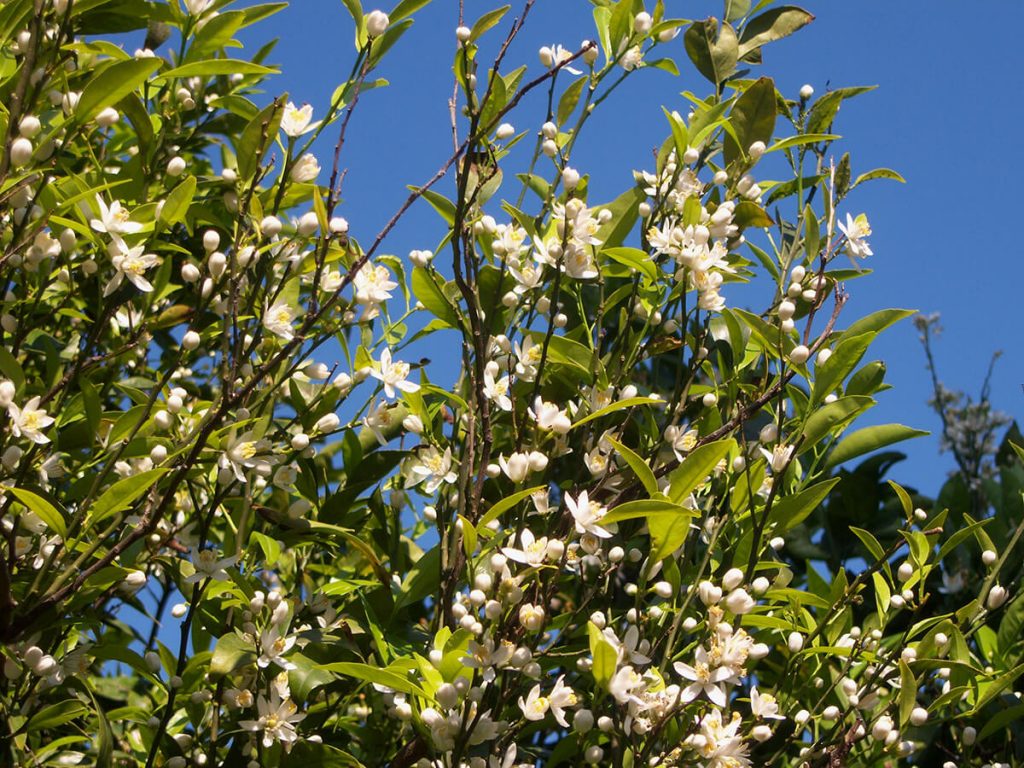 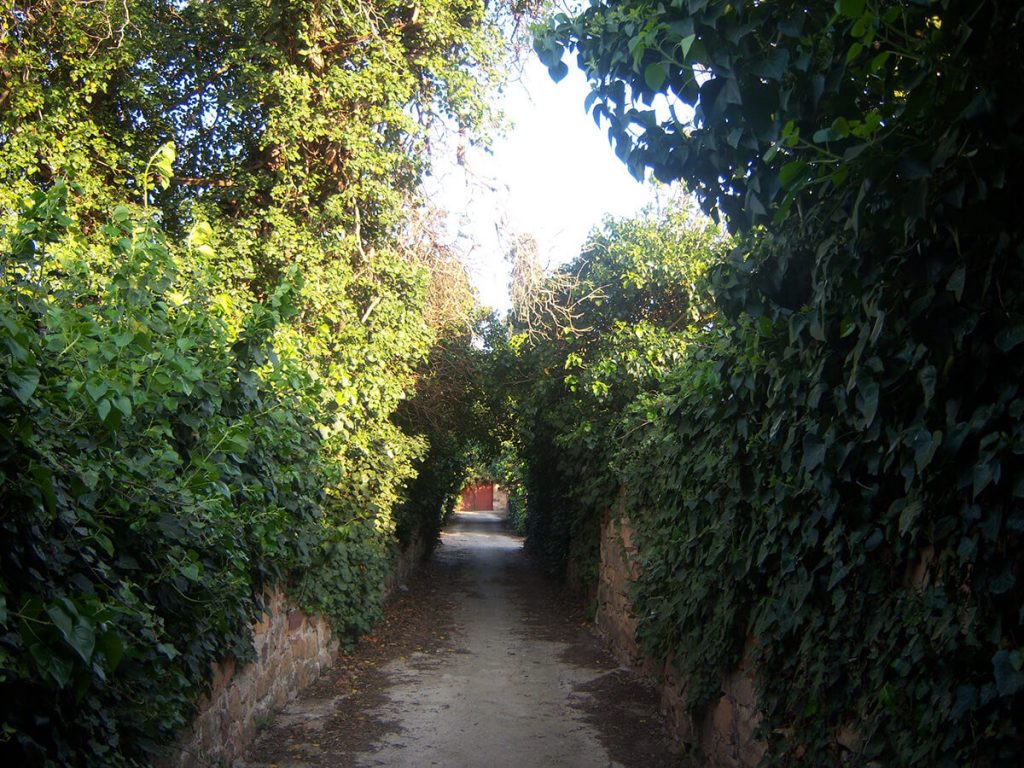 Need directions, on how to get from Benovias Complex, to Kampos?
This map will give you the info you need!

Manage Cookie Consent
To provide the best experiences, we use technologies like cookies to store and/or access device information. Consenting to these technologies will allow us to process data such as browsing behavior or unique IDs on this site. Not consenting or withdrawing consent, may adversely affect certain features and functions.
Manage options Manage services Manage vendors Read more about these purposes
View preferences
{title} {title} {title}
Up